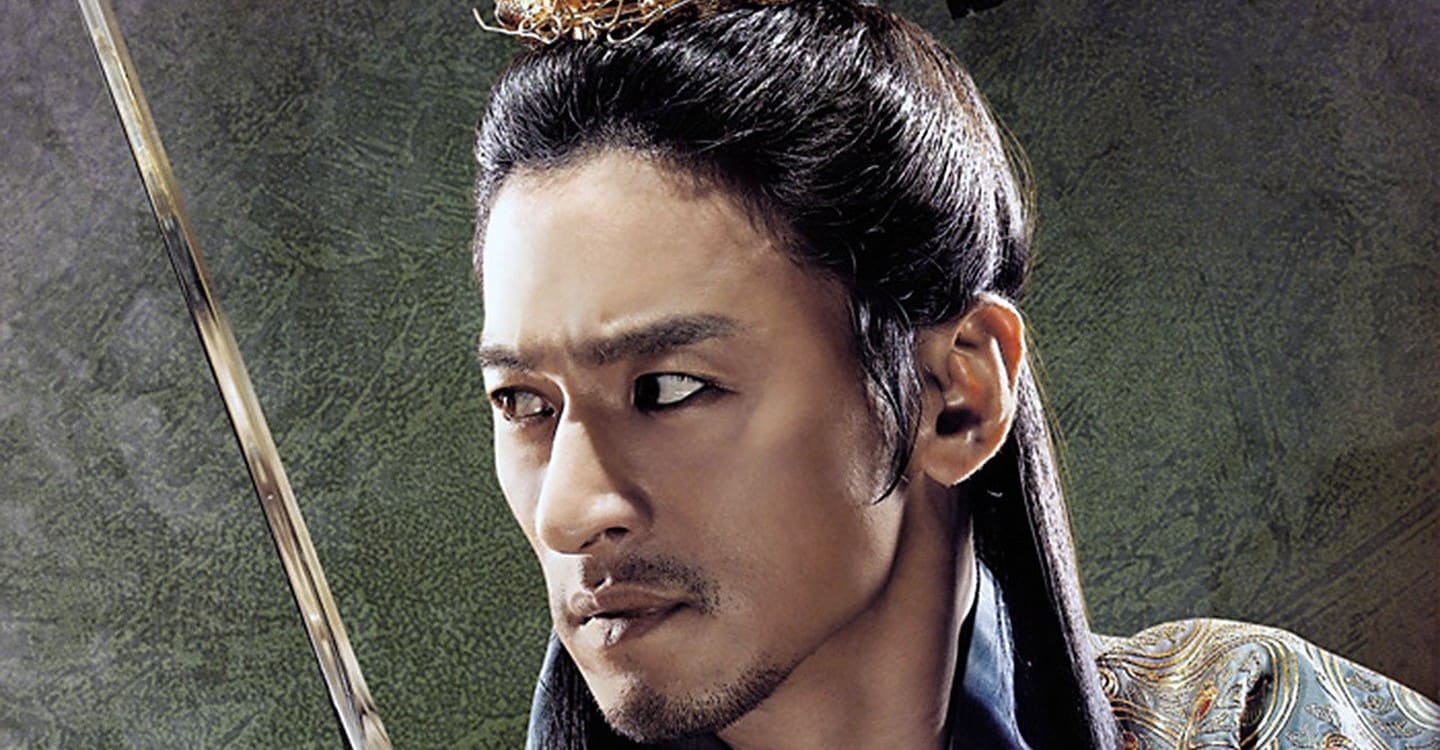 A historical drama set in the Koryo dynasty and focused on the relationship between a king and his bodyguard. Under the dominance of Yuan Dynasty China, the king of Goryeo Dynasty Korea is pressured to produce a successor to the throne. 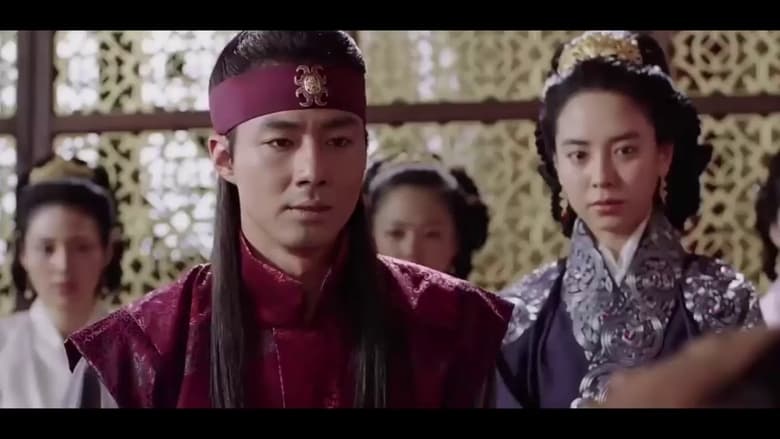 Called in to investigate, Singaporean International Crimes Division (ICD) officer Serena Teo (Rebecca Lim) takes charge of a case across the border where a family has been slaughtered aboard a luxury yacht in Johor. Meanwhile, in Jakarta, for ICD Lieutenant Heriyanto Salim (Ario Bayu), the case turns personal when his brother is found murdered in similar circumstances. Seeking answers, Heri finds a way to insert himself into the Malaysian investigation. As Serena and Heri work together to catch the killer, their inquiries lead them to industrialist/kingpin Datuk Ishak Hassan (Wan Hanafi Su), whose prominent family and known associates all have some connection to the victims.

Could Ishak be next on the list, or is he the man responsible? Tracking down his more ‘unsavoury’ allies, Serena is shocked to encounter a familiar face: that of her grieving ex-partner, former Malaysian ICD officer Megat Jamil (Bront Palarae). Watch Trailer Watch Episodes Pretty Little Liars “Two can keep a secret.

if one of them is dead” In Amerta University, 5 girls form the most popular clique in school – Aria, Hanna, Sabrina, Ema, and Alissa. One night, the best friends party at Sabrina’s pool house.

But when they wake up, they discover Alissa is missing. These 4 girls are forced back into one another’s lives when they receive messages blackmailing them with secrets only Alissa could have known. The messages come from someone who calls themselves ‘A’. The old gang bands together as they become convinced that ‘A’ must be Alissa, who is out there somewhere taunting them. That is, until Alissa’s body is discovered in the backyard of her villa.

So who killed Alissa? And if Alissa is dead. then who is ‘A’? Watch Trailer Watch Episodes My Bubble Tea Modem, she has a secret.

Her aunt can cast a spell, and so does she. But she shall never use it! On her 24th birthday, ‘love never lost’ magical bubble tea is given to Modem as a gift. She insists never to use it. Magic-induced love can never be true. The universe suddenly proves her wrong as that tea, thinking that she threw it away, is served right down to the helmet of BearBike man. Light, who is a bastard to all but now so sweet to her! Modem’s true love is Boss, and Light is just a fake fantasy.

At least this is what she tells herself. Her love with Boss doesn’t seem to go anywhere while Light is obsessed with her. As if things aren’t messed up yet, the family’s magic bubbles are lost and are nowhere to be found! In bringing back these bubbles, Modem actually finds herself unraveling the hidden secret of Light, Boss, and herself that aren’t just a coincidence, somewhat a destiny.

Watch Trailer Watch Episodes Isteri Mysteri The seemingly content domesticity of a Kuala Lumpur household goes up in flames when a hapless polygamist receives a witch doctor’s prophecy that one of his a frozen flower sub indo is out to kill him… but which one?! 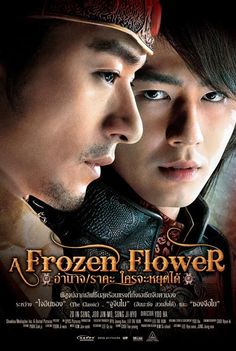 He must rethink his misconceptions of his wives and their seemingly harmless facades in order to outsmart the murderer. Watch Trailer Watch Episodes Voice in the Rain Famous fashion designer Rarin always inexplicably hears a voice of a man's mind in her head.

This voice elevates her creativity. She wonders whose voice this is but has never thought it belongs to Tanthai, the gorgeous actor and model that she's about to work with for the coming rainy season. After getting to know the owner of the voice she fell for, she realizes he's a total opposite of her fantasy to her disappointment. They want the voices to disappear and start looking for the origin of how and why they can hear each other’s voice.

A secret reason’s lying ahead while the bond between the two develops.

Watch Trailer Watch Episodes Doom at Your Service Tak Dong Kyung, is a girl who is suffering from an incurable disease. With only 100 days left of her life, she wishes to the stars not for money or fame, but for doom. Although it was just words to her, the stars have listened to her wish. A stranger named Myul Mang appears at her doorsteps claiming himself to be the doom of the world.

As doom, his only role was watching over humans for eternity and not be able to have any emotions or whatsoever. This is a story between a girl who wishes to live happily for the time she has left, and a boy who has gone through the deepest darkness of doom. A story written by two different beings who face death, but finally realize the true meaning of life. 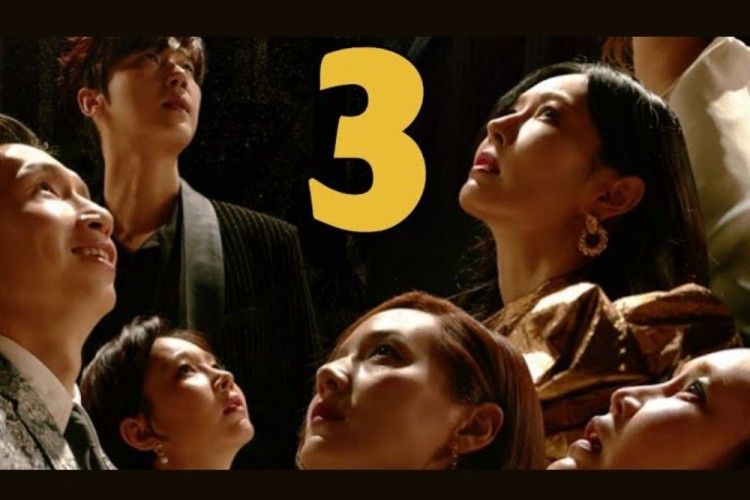 Watch Trailer Ubettina Wethu Albertina (Bettina, Betty) Sikhakane, is a smart, charming, kind-hearted young woman from rural Hammanskraal who has always dreamed of being in the fashion publishing business. Even though she is hard working and passionate, her dream to date has been thwarted by one thing: Bettina is slightly less than attractive in a world that demands beauty. But when she gets an opportunity to be the personal assistant of Nubia Online’s new MD, Dingaan Jiyane, she is determined to do whatever it takes to fulfil her ultimate dream.

Watch Trailer Watch Episodes Black 2 As Black’s hunt for his fugitive partner intensifies, his investigations lead back to a number of unsolved murder cases, including – most shockingly – his own. Horrifying secrets are unearthed with deadly repercussions. Spurred on by the spunky and compassionate Sofia, a once arrogant and self-serving Black finds himself fighting injustice and saving lives by her side. Rediscovering a more human side to himself, Black will ultimately be brought to confront the truth that, against the laws of his people and his own very nature, he may just have done the impossible – and fallen in love.

Watch Trailer Watch Episodes Lovers of the Red Sky Kim Yoo Jung plays the titular character, Hong Cheon Gi, who is a young but extremely talented painter. She is admitted to the palace’s royal academy as Joseon’s first female painter and meets Ha Ram, a government official who is in charge of reading the constellations.

He lost his sight due to a mysterious accident when he was younger. Despite Ha Ram’s calm and thoughtful exterior, there is a darker side to him and a dual personality to look out for. Although Hong Cheon A frozen flower sub indo finds herself attracted to Ha Ram, life in a frozen flower sub indo palace will not be an easy one. Alongside the cruel and power-hungry Prince Suyang (Kwak Si Yang) and the cute and free-spirited Prince Anpyeong (Gong Myung), romantic entanglements and royal politics await the budding couple at every turn.

Watch Trailer Movie details "A historical drama set in the Koryo dynasty and focused on the relationship between a king and his bodyguard.". Under the dominance of Yuan Dynasty China, the king of Goryeo Dynasty Korea is pressured to produce a successor to the throne.

Unable to make love to his queen because he is in love with his bodyguard, Hong Lim, the king asks the two of them to sleep together instead. 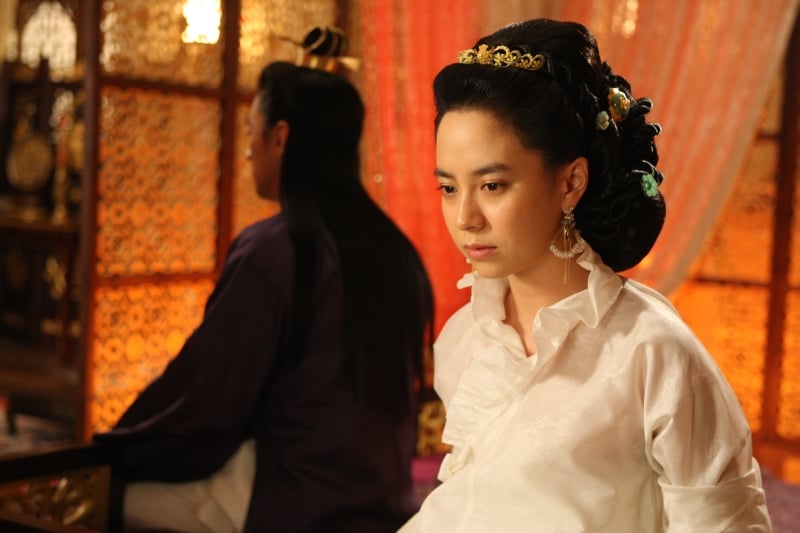 But this is no ordinary historical film with an outstanding cast. The first thing I have to point out that this drama might not suit everybody's taste.

It's TOO real, the bloodshed scenes, the battle scenes and the love scenes. If you can't get too real, don't start it. Minors, skip this film.

So it's Goryeo –back before they tied their hair up, to our a frozen flower sub indo advantage- and the king (Joo Jin Mo) is under the threat of losing his authority as an active king since Yuan –the empire in control- wants an heir to the throne. The king can't have an heir due to the fact that he's homosexual.

(Again, if you cannot accept or respect homosexuality, don't start this). The king's lover and the one who's captured his heart for a long time is the Chief of the king's guards; Hong Lim (Zo In Sung). Yeah I know!! When these are the two leads!! With his country and throne on the line, the king resorts to one last option. He decides to make someone impregnate his wife (Song Ji Hyo). Only trusting in his loyal lover and friend, he gives Hong Lim the task.

As Hong Lim and the queen make love trying to conceive, a new world opens up to them, and the tragedy starts. Faced by betrayal, loneliness, abandoment, the king seeks revenge against everyone; first of all, against the one who meant the world to him, Hong Lim. The story is too real it got me totally absorbed in the suffering of everyone. I couldn't not sympathise with everyone. The absurdity of life a frozen flower sub indo inscribed on every scene. The sense of loss and how it empties us of our souls is engraved on the characters' forheads.

Regardless of the nudity and the sexually explicit scenes, the film is worth watching. It's too painfully awe-aspiring. The cast did a great job here and I applaud every single person. Well, I know that Song Joong Ki and No Min Woo are in the cast. Well they are there, almost with no dialgoue or screen time but it was so fun trying to spot them out of the other guards. Read More Rewatch Value 6.0 High powered tension, an intense love triangle, and imminent rebellion all come together to make a elaborate story I was certainly drawn into.

I will admit, however, that the middle of the story seemed to drone on a tad bit and left me rather distracted, but it quickly picked up around the end as the plot unraveled and left me with my eyes glued to the screen. The acting was absolutely superb in every sense of the word. I was completely and undeniably convinced they were who they said they were, and it's safe to say that it's rare for me to feel that way. My only complaint is that I could've lived without the more inappropriate scenes.I felt they carried on for far too long when other more important things could've been happening.

Overall, this is definitely a movie worth seeing. Read More 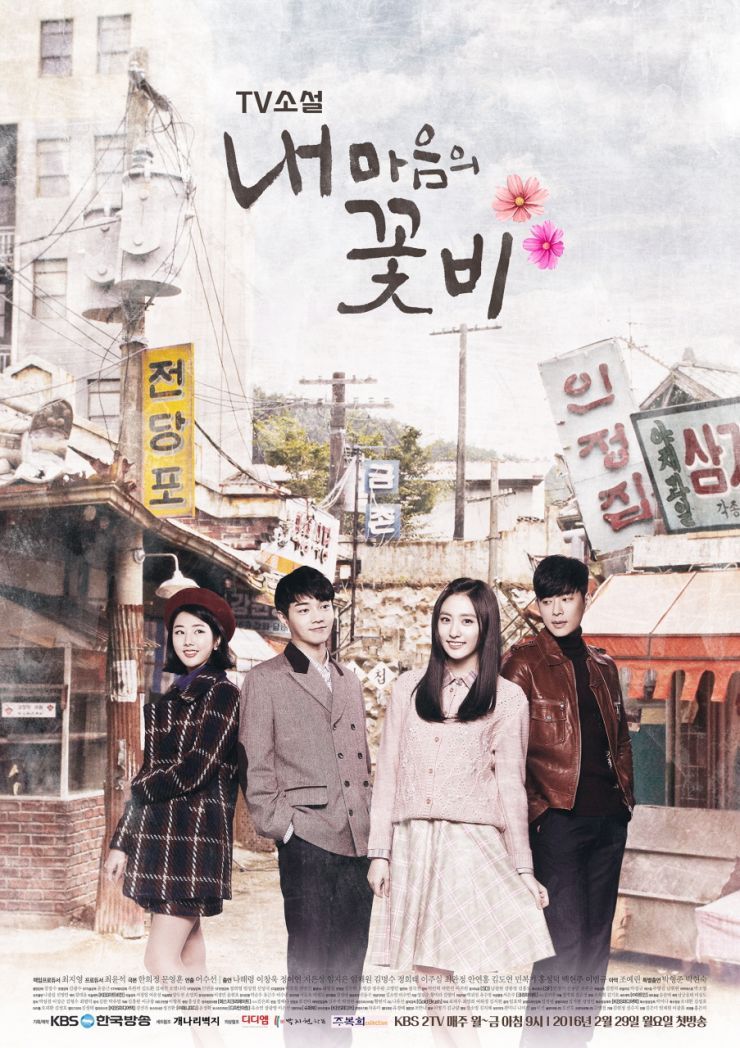