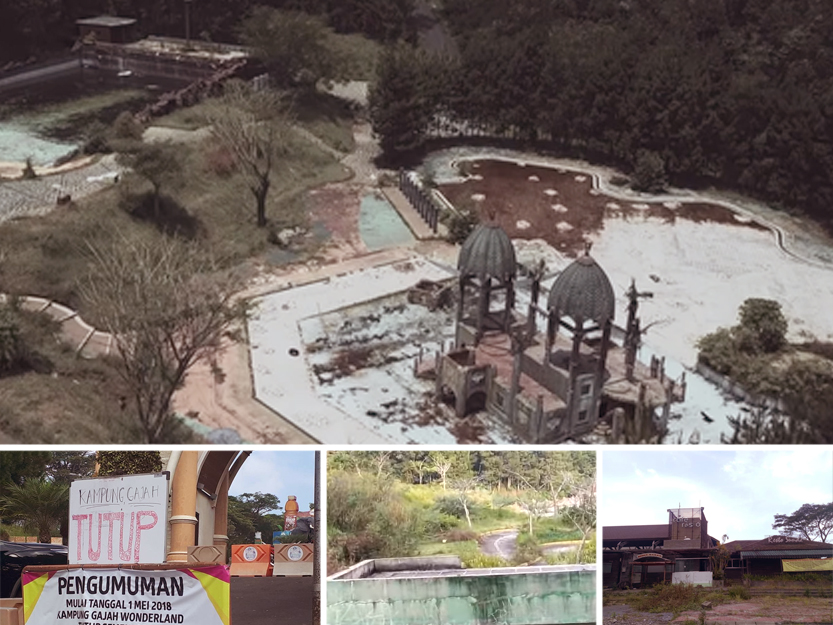 It envisages a "wheel and spoke" concept comprising two northwest–southeast radial lines and one circle line looping around the city of Kuala Lumpur. [1] The MRT lines, when completed, will be operated as components of the Klang Valley Integrated Transit System. Once completed, the MRT will serve to strengthen the current rail transit network in the Klang Valley, integrating the various existing rail lines while alleviating the severe traffic congestion in the Klang Valley metropolitan area.

The proposal was announced in June 2010 and was approved by the government of Malaysia in December 2010. Construction of the first line commenced in July 2011. The project also represents one of the economic entry point projects identified for the Klang Valley "National Key Economic Area" under the Economic Transformation Programme by the Malaysian government.

The Mass Rapid Transit Corporation (MRT Corp), founded in September 2011, has been appointed by the government as the official and asset owner of the project and kampung gajah bandung rail lines. Prior to the founding of the corporation, the project was managed by Prasarana Malaysia Berhad. [2] Contents • 1 History • 2 Rationale • 3 Network • 4 References • 5 External links History [ edit ] In June 2010, then Malaysian Prime Minister Najib Razak announced during the tabling of the 10th Malaysia Plan (2011-2015) that the government was studying the MRT proposal for the Klang Valley.

The original proposal was dubbed the “Klang Valley Integrated Transportation System”, but it is more commonly referred to as the “Greater Kuala Lumpur MRT” or “Klang Valley MRT” by the press and analysts.

[3] [4] [5] While the concept itself was conceived by a joint venture between Gamuda Berhad and MMC Corporation Berhad, contract awards for the design and construction packages was expected to be tendered out by the government via the Swiss challenge method, if approved.

[6] The MMC-Gamuda joint venture indicated its intention to be the project leader and undertake tunneling works. [7] The newly launched Public Land Transport Commission (SPAD) would oversee and coordinate the entire MRT development in terms of cost, viability, alignment and integration, and will play the role of regulators once the project is completed.

[8] [9] The national public transport infrastructure company, Prasarana Malaysia would ultimately own and operate the MRT. [10] In December 2010, the government approved the implementation of the Kampung gajah bandung project, [11] and appointed MMC-Gamuda joint venture as the Project Delivery Partner. Apart from tunneling works, the MMC-Gamuda joint venture will not be allowed to bid for the other eight parcels of the project. [12] Job tenders were expected to open in April 2011 and construction was targeted to commence in July 2011.

[13] On 17 August 2011, the government announced that the Mass Rapid Kampung gajah bandung Corporation (MRT Corp), a new company under the Finance Ministry had been formed to take control of the project from Prasarana Malaysia.

MRT Corp would be the asset owner of the project and officially take over the project from Prasarana Malaysia on 1 September 2011. [14] Prasarana Malaysia, through its subsidiary Rapid Rail, will be the operators of the new MRT lines, allowing integration with the existing Rapid KL rail network. In May 2012, MRT Corp awarded four tenders worth RM3.22 billion for the MRT Kajang Line, the first line in the project.

At the end of 2012, the corporation announced that the project for its first MRT line will not exceed RM23 billion, adding that the line is stipulated for completion kampung gajah bandung July 2017. [15] In December 2014, during a briefing for the MRT Kajang Line, the CEO of MRT Corp revealed more details about the second MRT line.

Construction was expected to begin by November 2015, after approvals and public displays in early 2015. [16] [17] In February 2015, MRT Corp prepares tenders for the second MRT line. [18] After numerous delays and re-alignments of the stations, the construction of second MRT line, the MRT Putrajaya Line began in September 2016, with Kampung gajah bandung 1 operations of the line aimed to be started by July 2021.

[19] [20] On 16 December 2016, the construction of Phase 1 of the MRT Kajang Line which spans 23 km from Sungai Buloh to Semantan was completed and the line was opened to public.

Phase 2 of line, the remaining portion of the line from Sematan to Kajang was completed and opened on 17 July 2017, allowing the entire line to enter full revenue service. Rationale [ edit ] The MRT project represents one of the economic entry point projects identified for the Greater Kuala Lumpur/Klang Valley National Key Economic Area under the Economic Transformation Programme. [13] The new MRT system is envisaged to radically improve and transform Kuala Lumpur's poor and sorely inadequate public transportation coverage and to propel the Klang Valley metropolitan area to be on par with that of a developed city.

[21] [22] The project's three lines – the MRT Circle Line, looping around Kuala Lumpur, and the MRT Kajang Line and MRT Putrajaya Line covering a 20 km radius in the southeast–northwest direction from the city centre – will integrate the current rapid transit system in Kuala Lumpur and serve high-density areas which are currently not serviced by any rapid transit system.

About 90 new stations are planned in this "Wheel and Spoke" concept, out of which 26 in the city centre will be underground. Ridership capacity will be 2 million passengers per day. [23] The preliminary project cost, which will be government-funded, was estimated by MMC-Gamuda to be at RM36 billion, [24] representing the largest infrastructure project ever undertaken in Malaysia.

Analysts estimate the cost could be significantly higher due to extensive tunneling works required. [25] [26] [27] [28] While the project is welcome by most, some analysts and commentators have expressed concerns on the commercial viability of the project and skepticism on the government part to pull off a project of such scale, given the numerous past delays in other rail-related projects in Malaysia.

However, most agree that the project will generate immense economic contribution and investment returns in the future. [29] [30] [31] Network [ edit ] Main articles: Kajang line, Putrajaya line, and MRT Circle Line Initially, the previous proposed lines by MMC-Gamuda; Red Line will go from Damansara in the northwest to Serdang in the southeast, while Green Line will be from Kepong in the northeast to Cheras in the southwest.

Both lines will pass through downtown area of Kuala Lumpur and converge at Dataran Perdana ( Tun Razak Exchange) near Jalan Tun Razak. [30] These routes ultimately went through numerous realignments. The final route for MRT Kajang Line is believed to have replaced the Kota Damansara- Cheras Line which was originally proposed by Prasarana in 2006.

In December 2010, the government approved the implementation of the MRT project and announced preliminary plans for the first line, the 9 MRT Kajang Line, stretching 51 km from Sungai Buloh to Kajang through 31 stations. The line will pass through the city centre and will serve densely populated suburban areas including Kota Damansara, Mutiara Damansara, Bandar Utama, Taman Tun Dr Ismail, Bukit Damansara, Cheras, Bandar Tun Hussein Onn and Balakong, with a total catchment population of 1.2 million people.

Thie line commenced construction in July 2011 and was completed in 2017. [32] The 12 MRT Putrajaya Line, currently under construction, will consist of 35 stations over 52.2 km stretching from Sungai Buloh to Putrajaya, also passing through the city centre and will serve the suburban areas of Kepong, Bandar Sri Damansara Sentul, Titiwangsa, Kuchai Lama, Sungai Besi, Seri Kembangan and Cyberjaya. The line is expected to be fully operational by 2023. [20] In 2023, the government of Malaysia plans for the third MRT line, the 13 MRT Circle Line.

[33] The line will consist of 31 stations with 2 provisionals over 50 km stretching from Bukit Kiara to the University of Malaya and will serve populated residential areas including Sri Hartamas, Titiwangsa, Mont Kiara, Segambut, KL Metropolis, Titiwangsa, Setapak, Setiawangsa, Cheras, Salak South, Pandan Indah, Cheras, Pantai Dalam and Bangsar South. [34] [35] The construction of the Circle Line will form the "wheel" feature of the "Wheel and Spoke" model used in the construction of the entire MRT project. 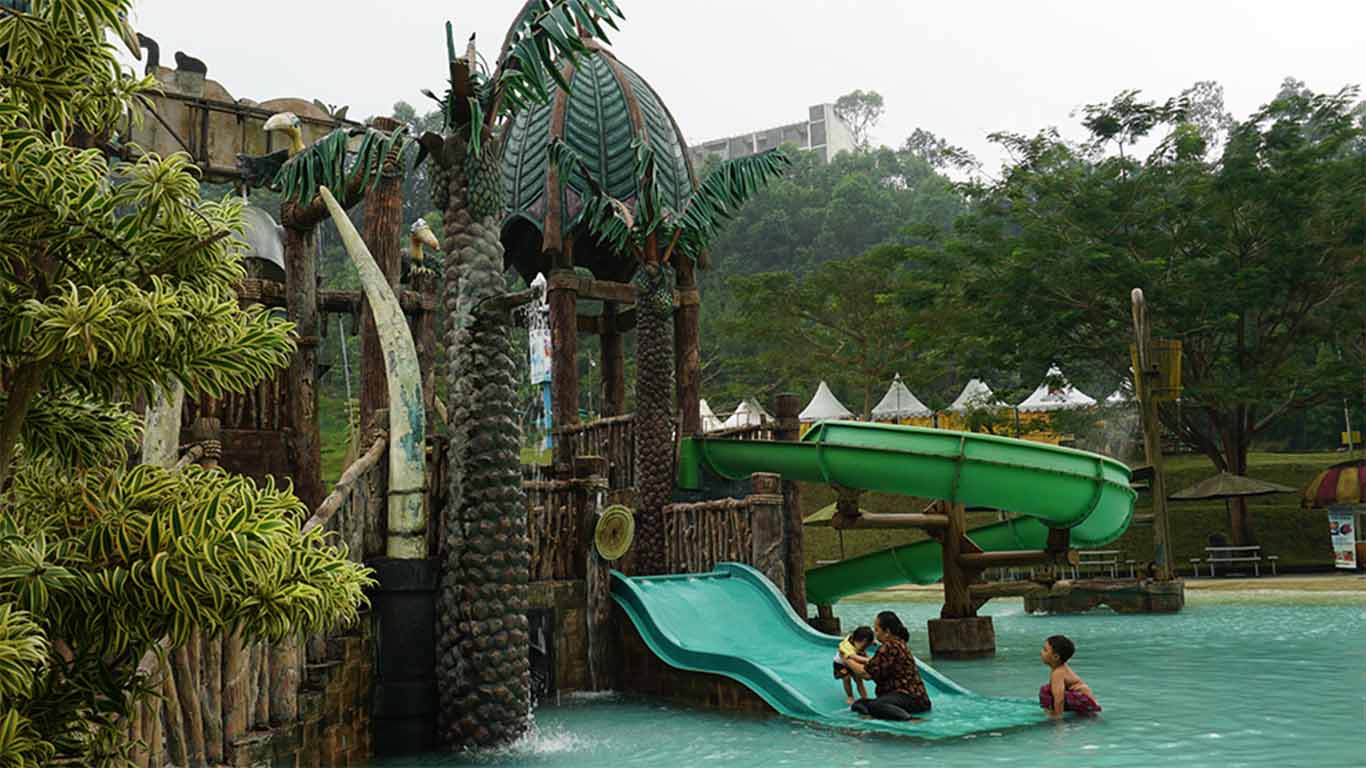 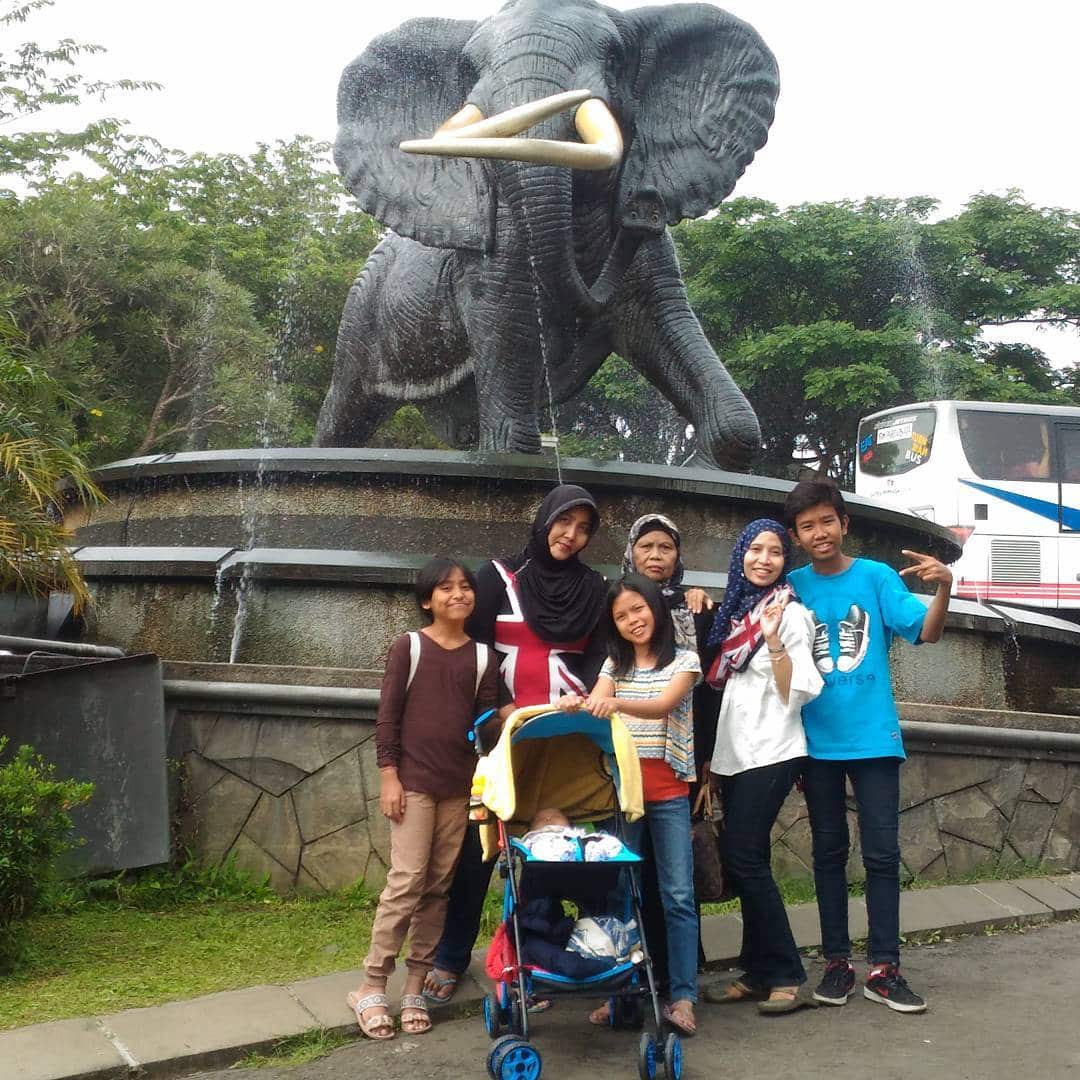 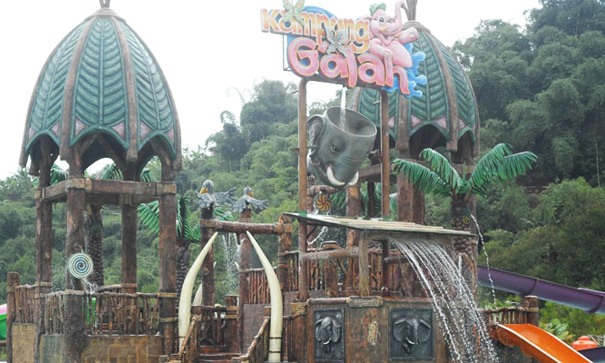 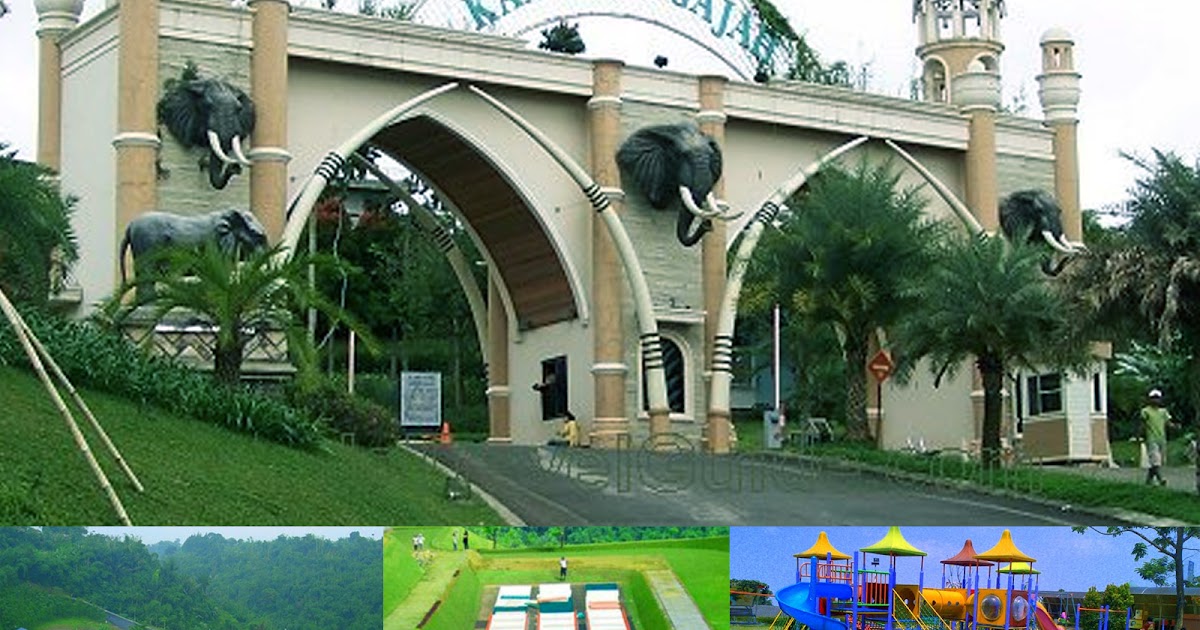 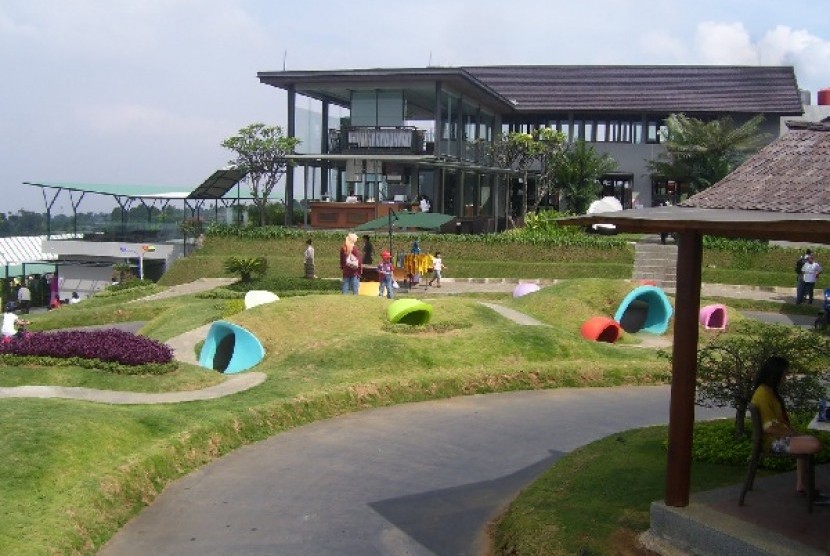 [8] It was proposed that the LRT will use hydrogen fuel cell rolling-stock with a travel speed of 70–140 km/h. [9] The hydrogen fuel cell trains were in line with the state government’s vision to develop a hydrogen economy, as part of its green initiative. Aside from hydrogen-powered trains, Kuching will also be the first city in the country to have hydrogen-powered buses. [10] Planned routes [ edit ] On 29 March 2018, the Chief Minister released the routes and stations of three of the six lines with 155.2 kilometers of track [11] to be completed in 2024, while the remaining three lines to be implemented at a later stage.

[13] A guided bi-articulated buses at Yibin ART T1 line. Second plan - Bus Rapid Transit [ edit ] In July 2019, the Chief Minister said that the LRT project will be built using artificial intelligence (AI) technology which will remove the need for conventional rails and bringing down the cost of the project. 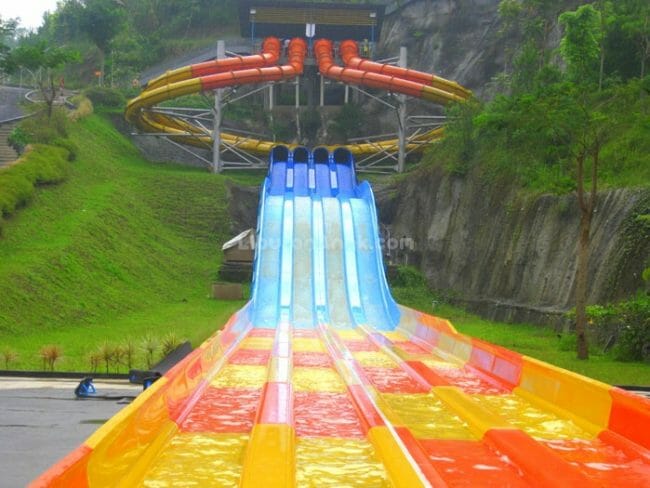